We were storing leftover food on shelves in the garage. Most of this was uncovered, on plates. A can of Spaghetti-Os had exploded, blowing the top part of the can off. We don’t even eat Spaghetti-Os.

A friend of my brother was describing receiving “Hey Therapy” which involves someone repeatedly saying “hey” at you in different tones of voice.

I put some thin orange tape above my eyebrows and it was hard to notice.

We had an “egg race” at my house, which was first herding live chicks, but then became kicking large amounts of popcorn kernels (“eggs”) across the floor through the kitchen and out the laundry room (there was other interesting scenery as well) and once the race was outside it was dark so we had trouble differentiating large weird bugs from the roly-polys which were now the racing items

I renamed my music project. Behold the first track by Astromage.

Dreamed about two movie stars skydiving down without parachutes and having a conversation in a bathroom covered in movie posters. I remember just losing it at a poster that described forearms as “turbo arms” and then having to Google to see if that was a thing anywhere else but the only result was that movie poster in tons of results in really weirdly rendered Thai

Mom and I had to steal a Roxette casette tape from someone’s house. It was dangerous so we let the residents’ dog free from our car to distract them while we went inside. These were seemingly tapes from our house.

Driving back down our street going east, there were larger-than-usual houses and the white house with pillars had luminous purple and magenta fog in its trees. It was some kind of factory.

I was having a very hard time keeping my car driving straight. First I had to turn the wheel nearly all the way to the right, then to the left as we went over the various slopes of the road. After a while we found out there was a “load simulator” function indicated on the dashboard that had been turned on. After we turned it off, the car worked fine. I was supposedly driving back to my house but the image in my mind was Grandma’s house.

END_OF_DOCUMENT_TOKEN_TO_BE_REPLACED

Dreamed that as I was going to bed, I saw a mouse, so I cornered him and grabbed him with my hand. He had weird little sparrow wings and after I petted him he calmed down but his limbs started to stretch and mutate, Tetsuo-style. I put him in a paper sack and found that there were two other mice downstairs, along with other weird creatures like 16-legged mouse-shaped insects and little beetles that looked like pineapples. As I attempted to clean this mess up, emergency alarms blared in my ears and I wondered if a tornado was coming.

I was playing Super Mario Advance and thinking to myself what I had forgotten how much crazy stuff they did in it.

I was playing as Mega Man (slightly enlarged, badly scaled NES sprite) in a cloud level with lots of Birdo eggs lying around. After a while I got to a part of the level that was more like NES SMB3 with a black background where the goal was to keep getting Starmen and plow through as much stuff as possible. You could destroy items and enemies while invincible. There were spinning “disks” of items (things like POW blocks mostly) that took up most of the screen, items arranged diagonally, items stacked up that seemed to lower the ceiling when destroyed, and weird little gold Christmas trees that you could get trapped under if you destroyed too many items. By the end of the level, I was Kirby, thinking to myself how great the next section of the level was, but I ran offscreen past the doorway, over which there was a logo that said “All About Eve” in the style of the logo for the movie “All That Jazz.”

Dreamed I was watching a movie from the 70s on The Weather Channel. I was looking for a bowl for food or something and Data’s hand was walking around on a checkered floor like Thing from the Addams Family, grabbing the bowl. Then the narration started. Some British guy was talking about his exile from society. The camera was pointed straight down from above as he was walking across a snowy landscape towards the bottom right of the screen, chased by a multitude of cars. His feet were sliding as he walked so he covered great distances with few steps, basically like he was superimposed on the footage. The next few scenes involved him swooping through the skies. The camera followed him tightly as he dipped and soared. He was a moose or large goat or yak in ski gear. There were trees close to the ground, and very narrow, very tall mountains here and there. There was one mountain in particular that had a tree on it where he landed and had to face his rival. There was just enough room for the two of them to stand on the top of the round, green hill. The tree was small so they fought with it between them. The opposing flying creature-person put its arms up to grab the protagonist’s neck, but he just punched the rival in the shoulders, causing them to fall backwards. The protagonist then grabbed the tree and took it and its dirt mound with him as he leapt off the small round mountain and swooped up, turning into a grey fighter jet in the distance and flying far away. The copyright information displayed on the screen. I tried to record it on a DVR at Mom’s house but when I played the recording there was just static. 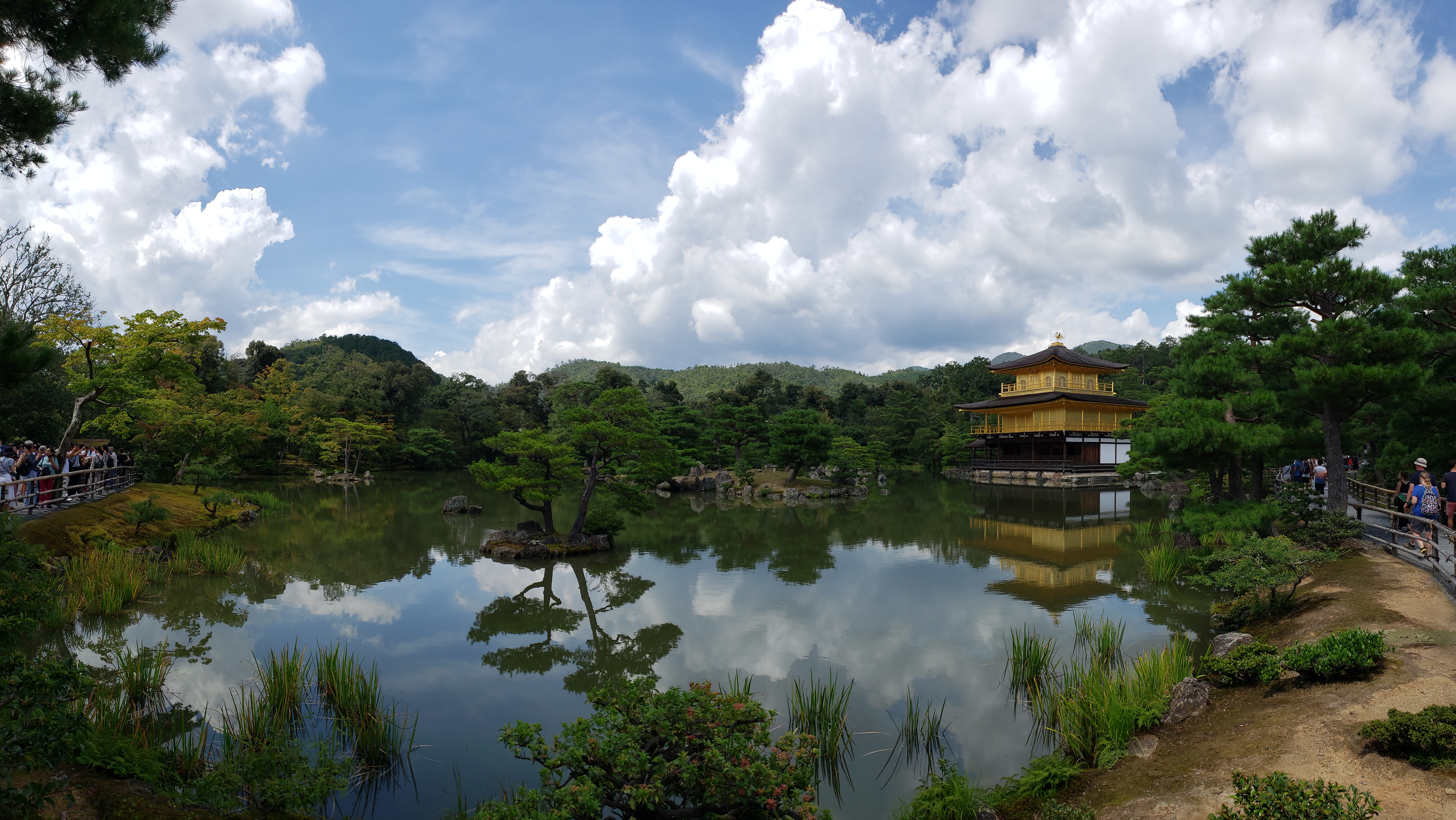 END_OF_DOCUMENT_TOKEN_TO_BE_REPLACED

We got to Tokyo around 4:30 PM and immediately proceeded with festivities

Popped into Lawson to get tickets for the Mass of the Fermenting Dregs concert this Saturday. Extremely excited to finally see them live.

Then we went to our hotel. Never stayed in a capsule hotel before but it was super chill and it had an amazing shower. There were lockers to keep luggage in and all you had to do to open them was scan the QR code on your “room key” (which incidentally was not required to open your capsule.)