Have you ever wanted to become a dual stereo master of audio? Probably not, but if you did, you’d want to follow in my footsteps after you read this! Once you read this, you will know How to Pwn

~From the Adventures of Chupperson Weird~ 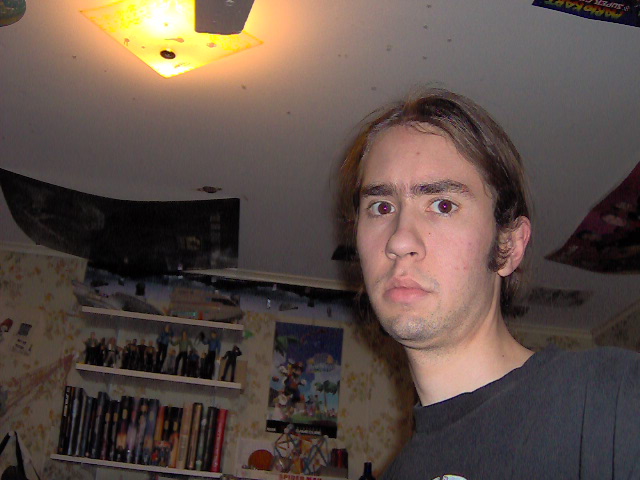 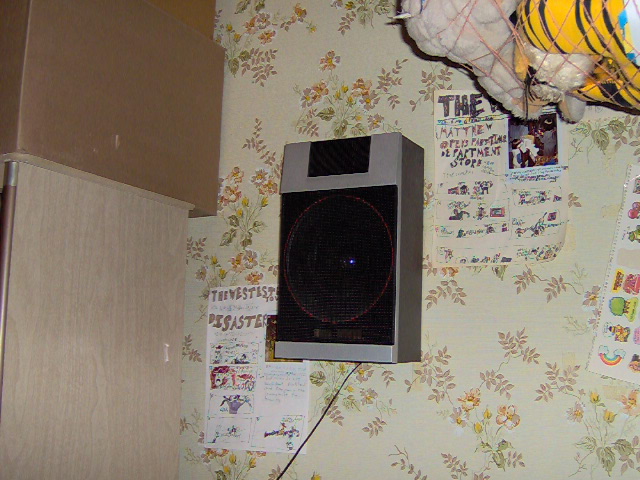 …to do something with the speakers on my wall which were not doing much. 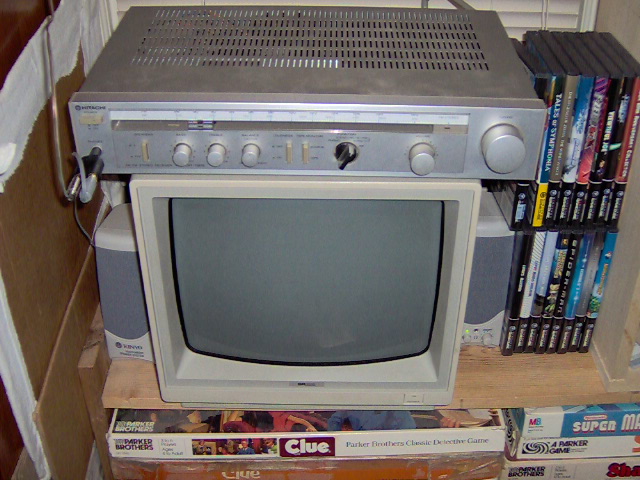 So, I got out the ancient tuner that had been under my bed for several years. 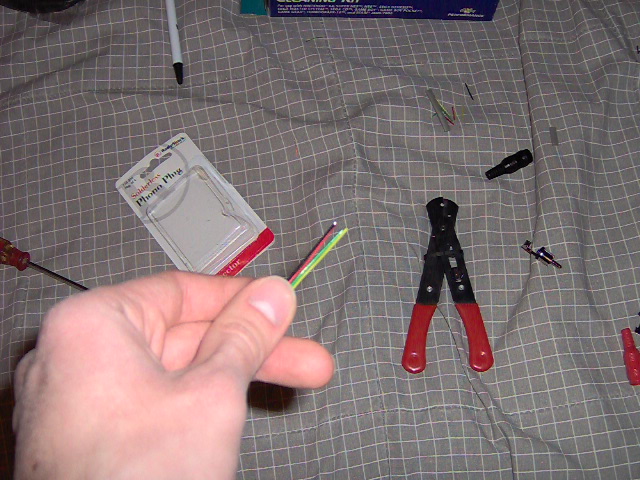 I decided to create an invention!
I clipped some phone wire from the ludicrously long piece connecting my stereo to my old computer. 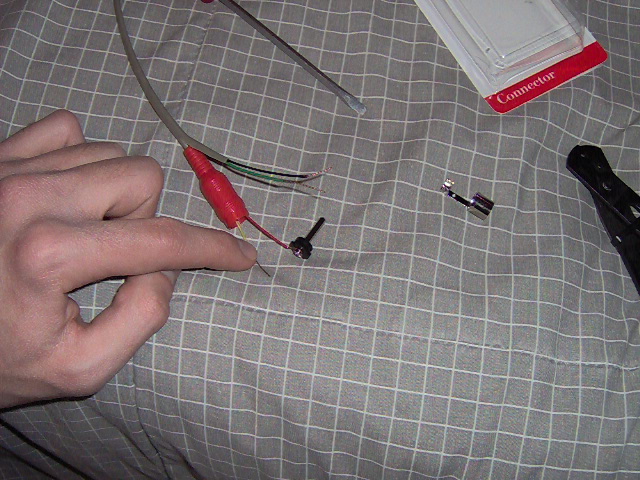 I bought some phono plugs from RadioShack, and connected them to the phone wire. 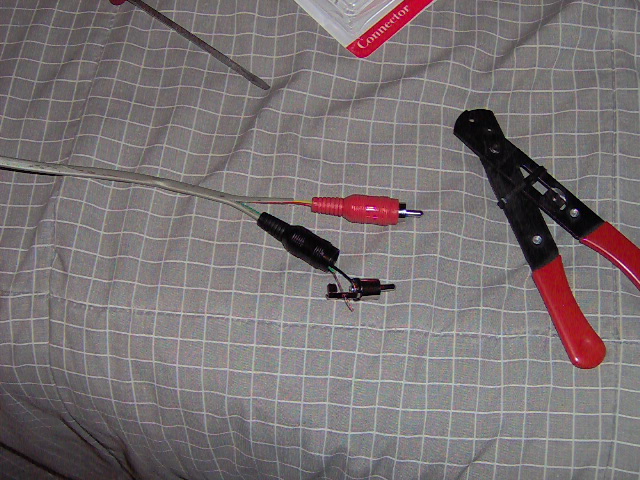 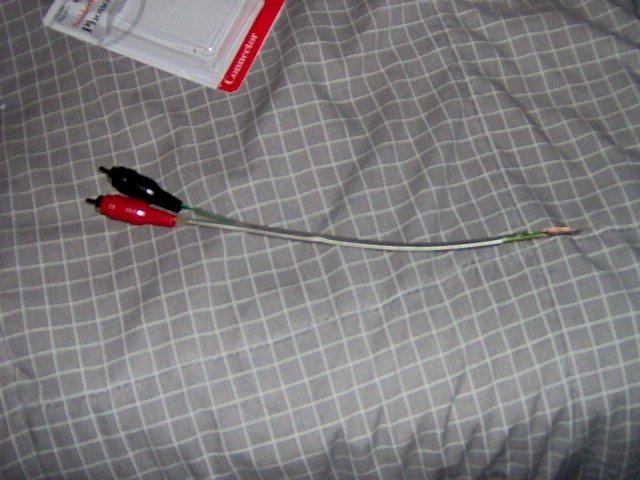 A blurry picture of my creation. 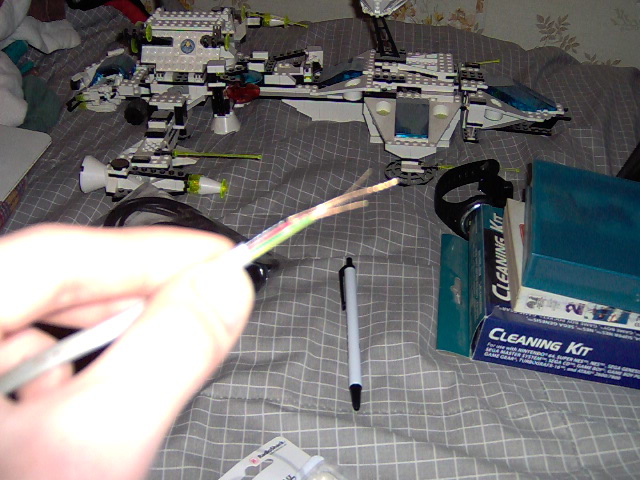 Then it was time to strip the wires on the other side, so as to insert them into the tuner. (Bad picture, but check out the awesome Explorien Starship.) 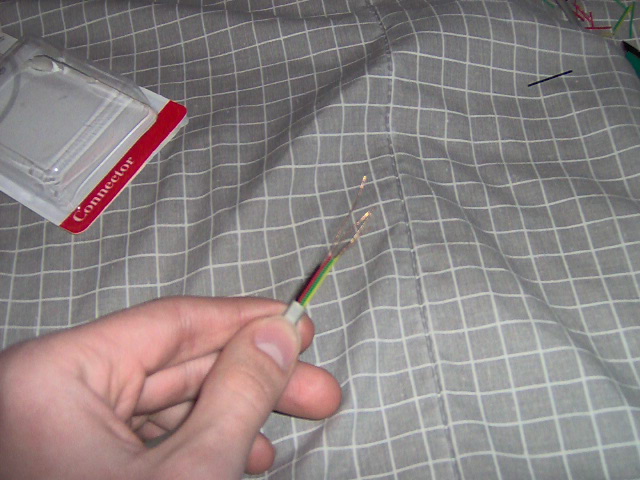 Here’s a better picture. Sort of. 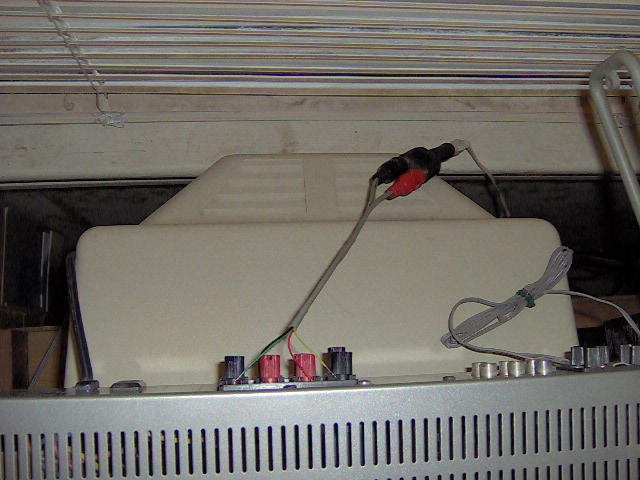 I then connected the first contraption from the tuner to my small desktop speakers that I had been using for game audio already. 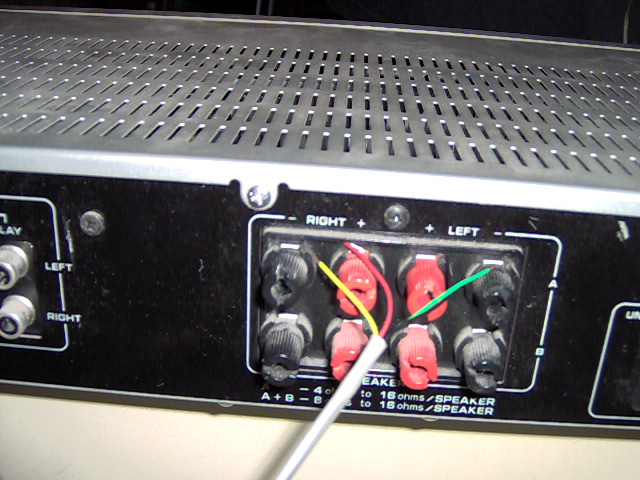 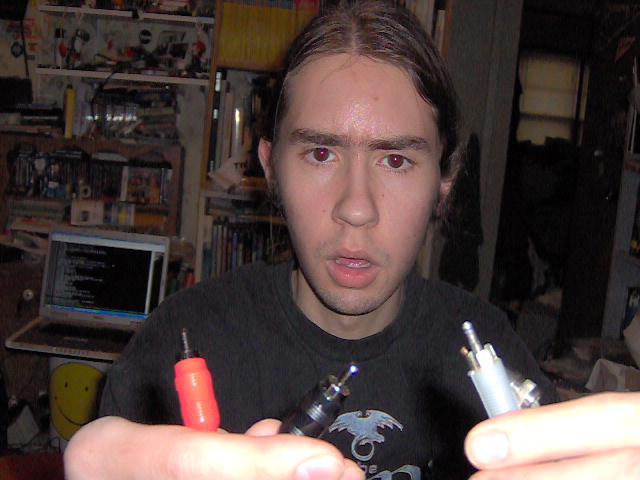 I built another one of my doohickeys, and then realized something terrible!
I had two sets of male connectors, which obviously wouldn’t fit together!
I resolved to go get some couplers. 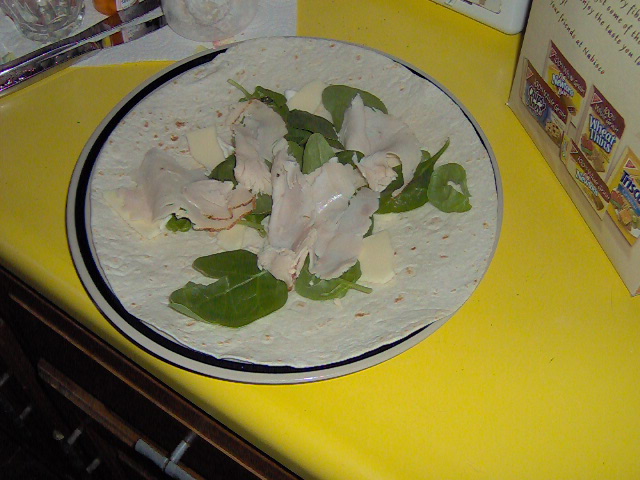 While pondering my next move, I made myself some sort of food that involved a tortilla, American cheese, spinach, and some chicken. (Or is that Swiss Chesse?) 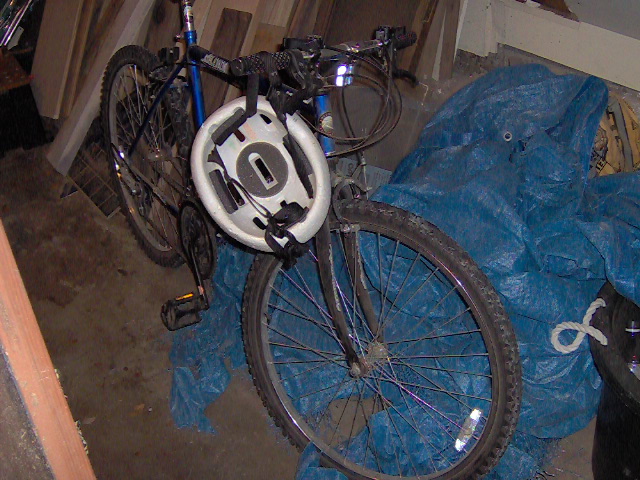 In the lower levels of my domicile, I found my bike, so I decided to ride to another RadioShack. 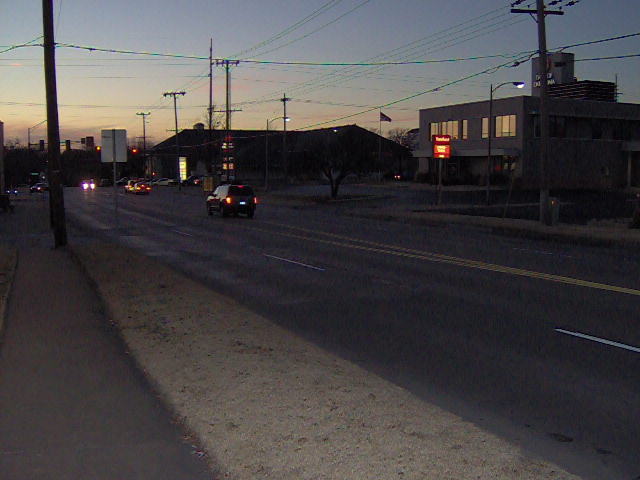 I had to cross many dangerous transit paths. 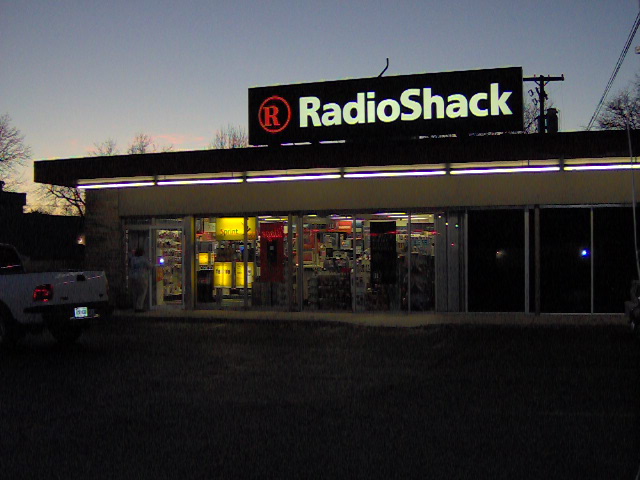 Having passed many trials, I finally reached my destination, and went inside. 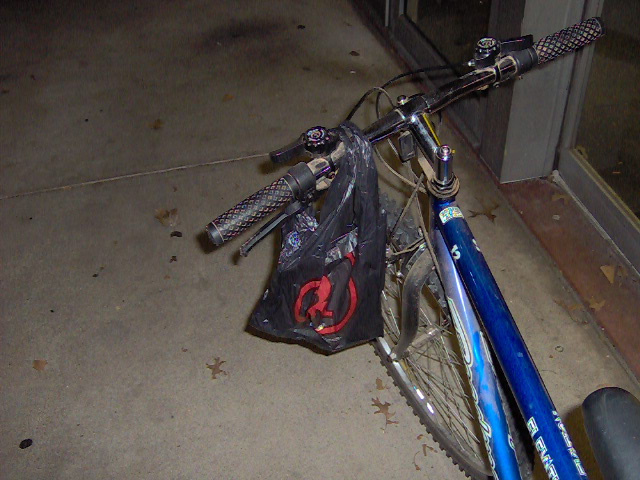 After procuring the goods, I was able to go home. 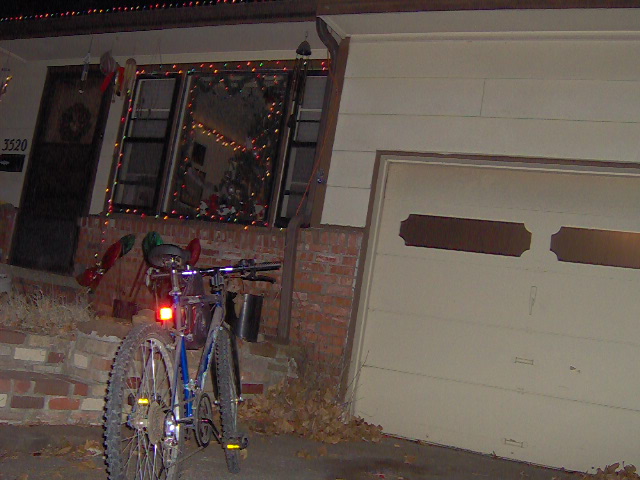 I safely returned again to my stately manor. 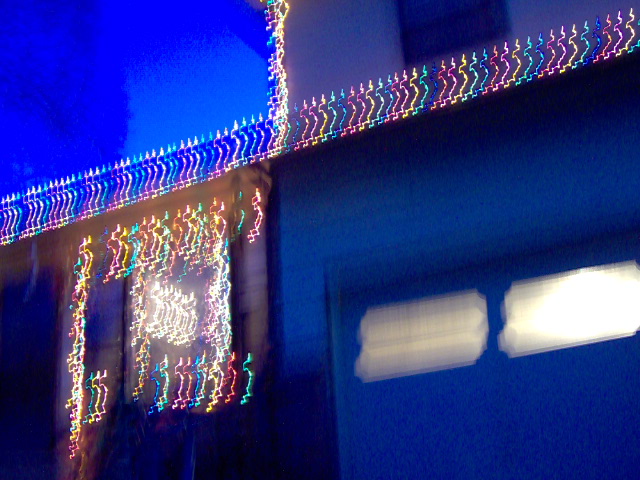 This picture was too neat to leave out. 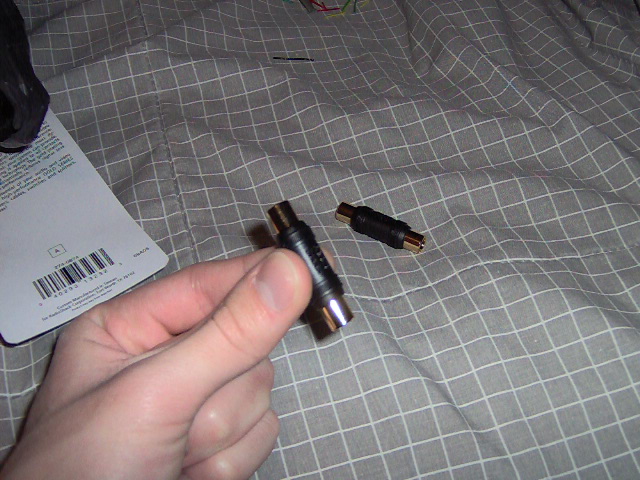 Just what I needed! 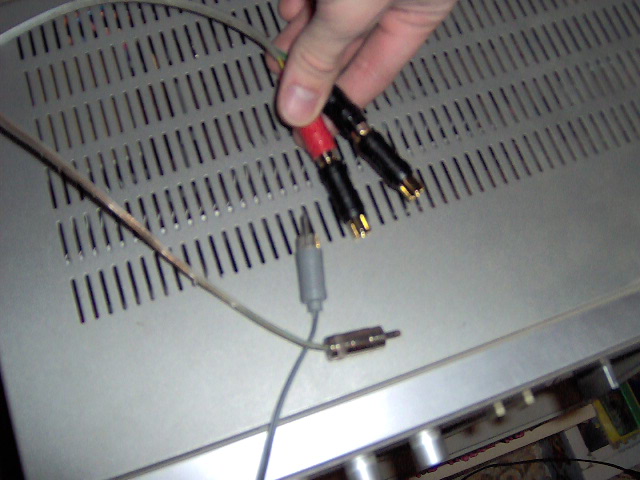 I prepared to connect. 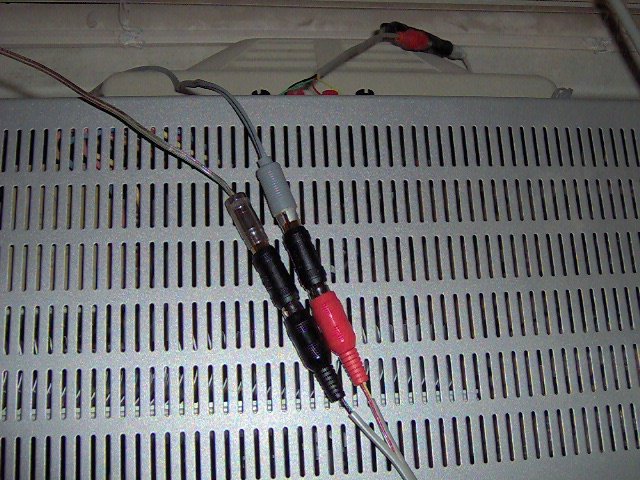 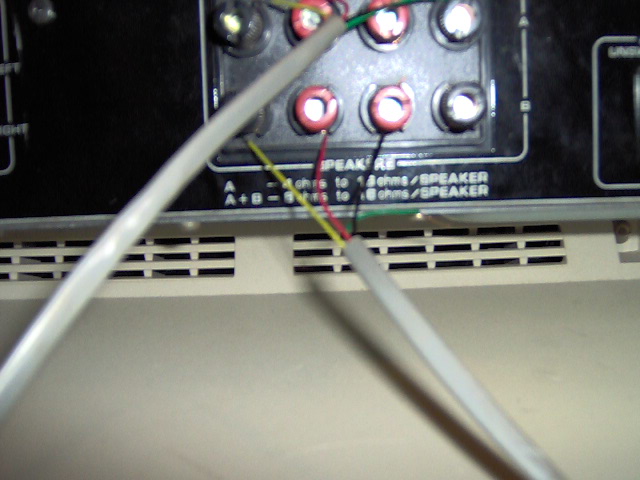 Something was wrong. When I turned it on, all speakers worked except my bigger left one. (It wasn’t the fact that one of those wires was disconnected; I did that after I found it wasn’t working.) 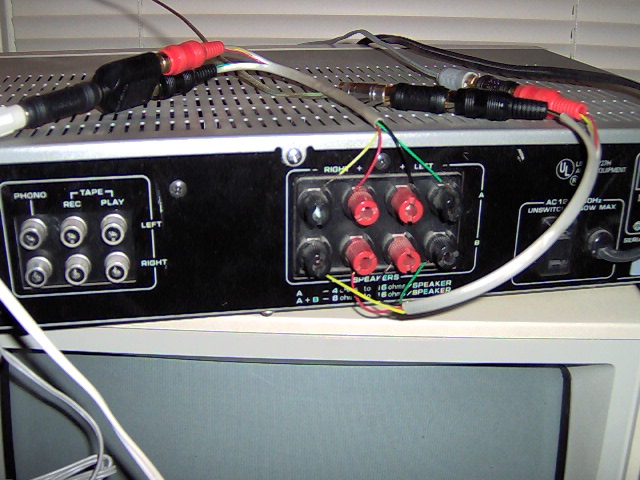 After rotating the device to a more workable angle, I was able to tighten all the wires down so they would all work. 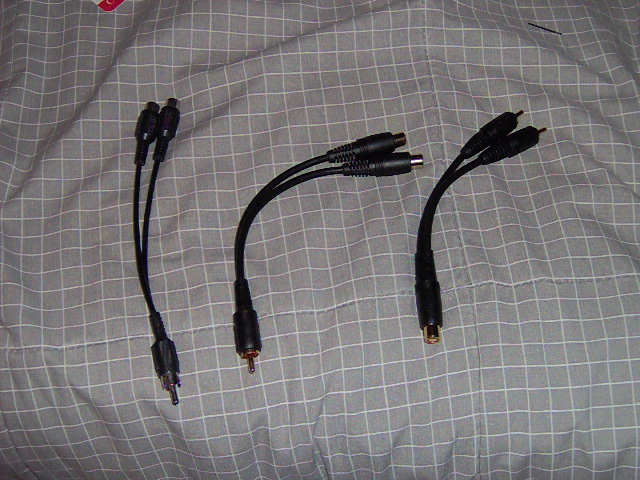 Next step: two joiners and one splitter. 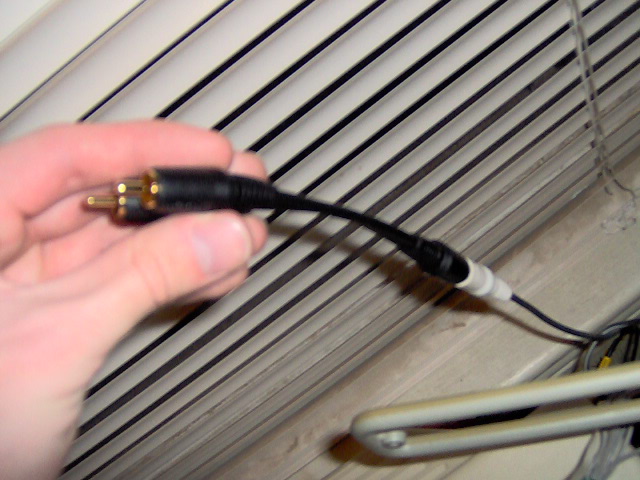 I hooked the splitter onto my mono NES audio cable, to make it go through both speakers when hooked up to stereo. 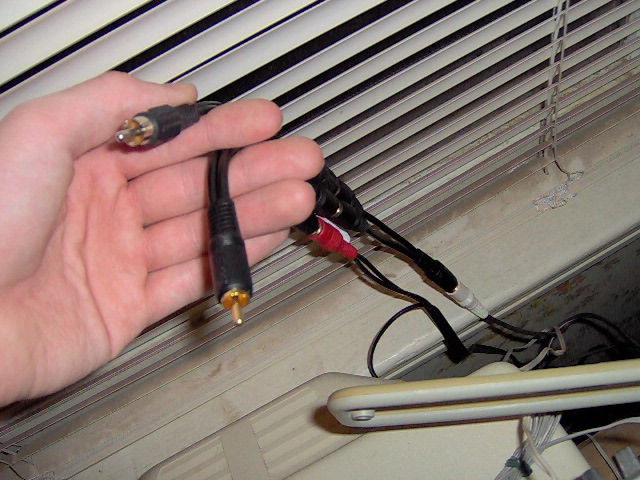 Then, I hooked the now stereo NES cable into both joiners, and hooked up the SNES/N64/GCN audio cable to the other jacks on them. 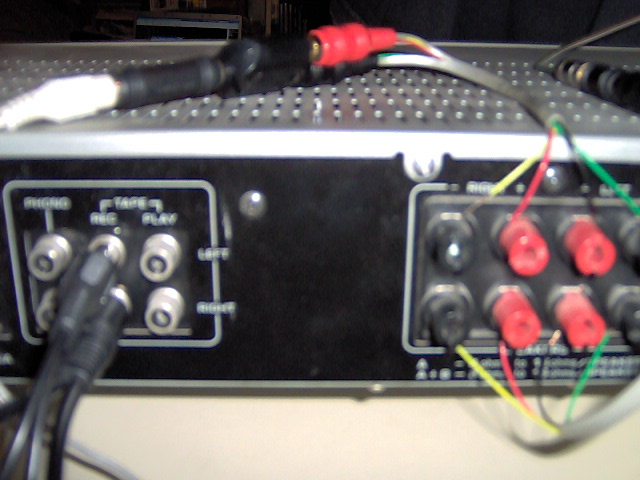 Blurry view of the complete product. 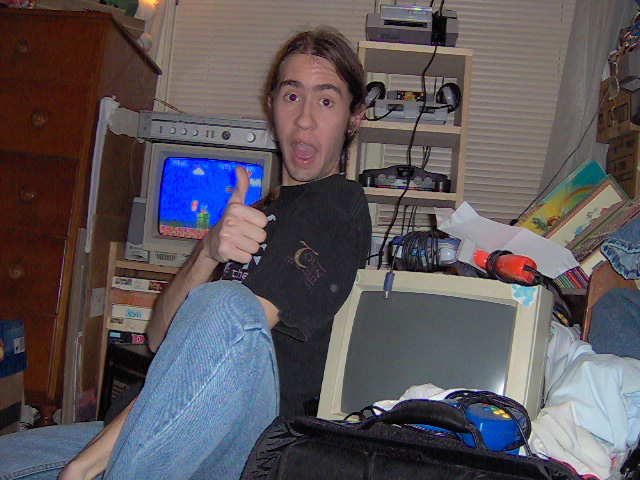 Now I have four-speaker sound on all my game systems!

Once I have my speakers in their final positions, I’ll put pictures here.